Ashnaa Rao holds an Undergraduate Degree from Johns Hopkins University and will be completing her Master’s in May, 2018 from the Bloomberg School of Public Health, Johns Hopkins University, Baltimore, Maryland. She has published several articles and is currently participating in several research clinical studies in the field of Neurology including a large multicenter study on frontotemporal dementia.

Neuromyelitis optica (NMO) is a severe inflammatory autoimmune disease of the central nervous system characterized by spinal cord and optic nerve involvement. NMO is distinct from MS and its clinical course is typically characterized by exacerbations and remissions without a progressive course. The treatment of NMO has focused on immunosuppression either acutely with steroids or longer-term with chemotherapeutic agents or disease modifying therapies used in MS. We have done an analysis of 7 patients diagnosed with NMO followed by EDSS scores over a 24 month period of time and looked at comorbid conditions such as hypertension, diabetes, dyslipidemia, alcohol and tobacco use. 3 out of the 7 patients were smokers, the smoking group started off with higher EDSS scores (3.5) compared to the non-smoking group (2.5) and over a 24 month period of time had a greater decline in their EDSS scores (smoking group - 5.5 and non-smoking group - 3.0). Other factors did not appear to correlate significantly to EDSS scores initially or at the end of the 24 month period. This finding raises the possibility of reducing exacerbations and worsening in the clinical course of NMO patients by using smoking cessation strategies. Further studies are required to confirm the positive impact of smoking cessation on this group of patients. 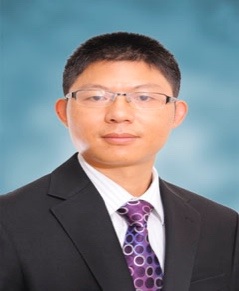 Title: Novel lignan derivatives from the twigs of Cinnamomum cassia and their potential neuroprotective effects

Fu Jing has worked in Macau Institute for Applied Research in Medicine and Health as research assistant since 2016.

Cinnamomum cassia Presl. (Lauaceace) has been used as flavor additive for foods and traditional medicine for thousands of years. However, the bio-active compounds from Cinnamomum cassia are still not fully understood. In this study, a series of column chromatographic methods monitored with UPLC-TOF-MS were applied to isolate the compouds from the twigs of Cinnamomum cassia. Their structures were elucidated by NMR and HRMS spectroscopic data, calculated ECD and CD experiments analyses. Furthermore, the neuroprotective activities were identified on endoplasmic reticulum (ER) stress-induced neural cell injure models. As a result, 7 new α, β-diphenyl-γ-butyrolactones, 3 new lignans, 5 new neolignans, 2 new biphenylpropanoids and a new flavonol glycoside-lignan ester, together with 43 known compounds were isolated from the twigs of Cinnamomum cassia, among which compounds 11 and 12 are novel neolignans possessing a dioxetane ring. Pretreatment with compounds 11 and 12 significantly reduced the ER stress-induced neuron cytotoxicity on SH-SY5Y cells. In conclusion, compounds 11 and 12 are new natural products and may be developed as a new type of neuroprotective agents. Title: Effects of nesfatin-1 on rat model of Parkinson’s disease induced by 6-hydroxydopamine

Parkinson's disease (PD) is the second most common neurodegenerative disease which is characterized by dopaminergic neuronal loss in substantia nigra pars compacta and a significant amount of dopamine depletion in the striatum. Peripheral use of nesfatin-1, which is recently discovered brain-gut peptide showed anti-apoptotic and anti-inflammatory effects in rats with brain injury and subarachnoid hemorrhage. Effects of nesfatin-1 on rat model of PD induced by 6-hydroxydopamine (6-OHDA) is not known yet, however protective effects of nesfatin-1 was determined on the rotenone and MPTP-induced animal models of PD. In our study, we aimed to examine the effects of nesfatin-1 on gastric emptying and neuronal damage in 6-OHDA-induced PD model in Wistar rats. Unilaterally 6-OHDA-lesioned rats were treated daily with nesfatin-1 (1 μg/kg, s.c.) for 28 days. Locomotor activities and weight loss were measured and apomorphine-induced rotational behaviour was assessed. At the end of the experiment, rats were decapitated to determine gastric emptying rate and in another set of rats, brains, gastrointestinal tissues were evaluated histologically. Our results indicated that altered locomotor activities and rotational behaviour in 6-OHDA-lesioned rats were reversed with the nesfatin-1 treatment (p<0.05; p<0.01). Gastric emptying was delayed in 6-OHDA-induced rats compared to control rats (p<0.001), while nesfatin-1 treatment in 6-OHDA-lesioned rats reduced the delay in gastric emptying (p<0.01). In the morphological evaluation of brain tissues; it was observed that the activity of tyrosine hydroxylase increased in 6-OHDA-lesioned rats treated with nesfatin-1. We believe that these results will guide future experimental and clinical studies for the life quality purpose of patients with PD.